Patriarchy is a social system that defines men as being inherently dominant and controlling while rewarding them with power for being that way. This is a quintessential part of all religions and has been reflected in different ways.

In our Hindu patriarchal society, forget the misuse of anti-dowry section 498A of Indian Penal Code, women are usually seeking for a financially stable life partner and in majority of cases they are badly made dependent on husband for personal survival and in some cases they have to cope with toll of failed marriages.

In this write-up, I will get you some glimpse of disguised financial exploitation of husbands where equality does not exist at all in a clear visibility. Find more researched contents like this on my Hindu Marriage Blog Link: marriage.sudeshkumar.com 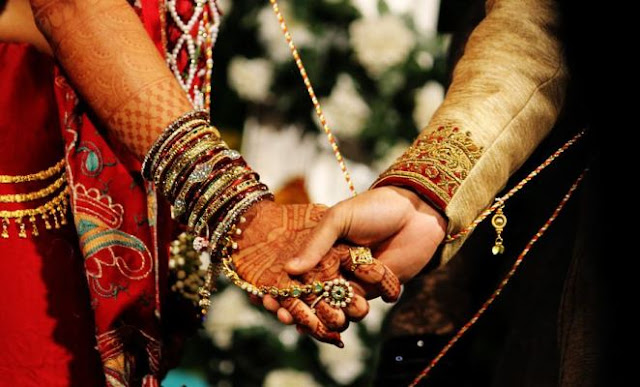 Financial system which connect an individual from economy play an important role to bring equality. After growing internet and fintech, the voice of equality becoming a practical example at some level in many parts of the developing world, though men are still taught to take direct command of his household and pay all the bills or should toil to provide finance for the home?

When a girl is unmarried and she has four problems and her fiancee has six problems, immediately they get married, the man’s problems become  Ten automatically as the man immediately forced to carry the family problems.

Men are traditionally trained to struggle to take care of family problems, children’s education, home maintenance and virtually all provisions of life, women are only there to help. In return, they get homely food, care and routine sex. The most regressive practice named as Kanyadaan ritual in Hindu Wedding, in which women are treated as a transferrable asset is the foundation stone to maintain this financial inequality.

Any man that died not do this is termed  irresponsible. But nobody brands a woman with such tag who doesn’t contribute financially to the household, on the other hand if she does, it gets least appreciated.

In majority of cases financial dependency primarily reduce the risk of divorce in poor performing marriages, but due to these challenges and unending struggle, men tend to wear out faster and probably die early as a result of stress. Hence, it is important for men to ensure that they don’t allow their wives to push them into unsustainable family commitments that he knows he cannot cope with in the long run without corruption. If you do, you run the risk of stress and continuous family unrest.

Most men are worn out by the time their children graduate or retiring at same period all the struggle would have already taken serious tolls on his health and life and dies prematurely, leaving mama alone to enjoy.

When children grow into adulthood, women tend to shift more attention to them at your expense. Infact she is seeing a replacement of you in them. It’s even more terrible in marriages under storm. As in a controversial Hindu text, Manusmriti labled male (father/brother/husband/son) as a protection provider to a female (daughter/sister/wife/mother). So when your son grows to your height and size, with your shoes and clothes matching your son exactly…. your wife gladly starts to feel fulfilled. You know what that means? The people that will take over from you are already ready.

As you get older in your marriage, be careful by considering stronger psychological connection of wife with children and avoid creating rift in your home. Be at peace with your wife, if not you are endangering yourself, as you are only needed in subjective terms. As seen in many of Bollywood Movies (viz Joggers Park), majority of women wax stronger spiritually at old age which highly regarded in our society, while at the same time, men still stay infused with need based psychology, which is against an accepted social norms.