Skip to content
In this day and age where capitalism rules the world, there has been much debate over the commoditization of numerous once-sacred activities such as child birth. For a fixed price tag, you can now implant your spouse’s and your gametes into a third-party’s womb and receive your child 9 months later. However, opponents of surrogacy view the advent of surrogacy as the beginning of a slippery slope. By allowing couples to pay for the birth of healthy babies from the womb of a surrogate, some have felt that it is similar to selling the baby in the end as money is transacted and what the couple receives is the baby. Others have argued that surrogate mothers undergo mental trauma as they are expected to give up the baby that has lived in their wombs for the past 9 months because of a bond formed between them. This moral dilemma has also highlighted the legal problems surrounding surrogacy especially if the surrogate mother decides to lay claims on the baby after its birth.

This article was first posted in 2009 at sudeshkumar.com. Later it is published in Medical Ethics, 2011 by Greenhaven Press, Detroit, Michigan with title of ‘Surrogacy Can Be an Ethical Solution to Infertility’ which is listed at Indiana University Library, National Library of Australia, Bowdoin College Library, San Jasinto College Library etc. Here, I am presenting a revised version of same, where you will find an overview of The Surrogacy (Regulation) Bill, 2018, which recently got green signal by parliament of India. 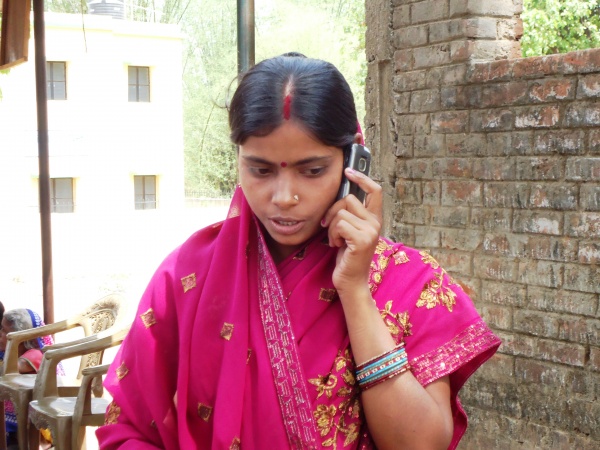 There is debate too on the claim that surrogacy exploits the poor as only those in need of money would so willingly give up their wombs for others, subjecting themselves to the risk of maternal deaths may be a problem in countries with poor or inadequate health care facilities. More extreme feminists even argued that surrogacy is similar to prostitution as women in both instances are sexually exploited for money.
Niyoga
The practice of surrogacy can be traced back to the ancient Hindu culture where ‘Niyoga’ was followed. Later, it was abolished by Socio-Religious Reform Movements in British India (1858–1947). According to some of Hindu Texts viz. Manu Smiriti (9.59), Yajanavalkya Smirti (I.3.68), Garuda Purana (I.95.16-17) – Niyoga refers to the practice of temporary sexual relationship by woman with her husband’s brother or a revered person in society for the sole purpose of having a child if she becomes a widow or her husband is infertile or impotent. The act of temporary sexual relationship were treated as Dharma, while doing so man and woman had to maintain a pure intention about it i.e., neither passion nor lust.
There were some rules associated with Niyoga, such as –

1) The man would do this only to help the woman to have a child and not to have pleasure.
2) He was allowed to do this for a maximum of three times only in his life time.
3) The consent of the woman was necessary.
4) The child born with the help of this process was considered as a child of the woman and her husband.
5) The appointed man would not seek any paternal relationship to the child.

Certificate of Essentiality:
One of the conditions to get ‘certificate of essentiality’ is proven infertility of either one or both partners. However, ‘infertility’ has been defined in a ridiculous sense under the Bill as “inability to conceive after five years of unprotected sex or due to any medical condition”.
Surrogate Mother:
The surrogate must be a close relative of the surrogacy seeking couple, a married woman having a child of her own. She should be between the age of 25 to 35 years, not have been a surrogate earlier and must be mentally and physically fit.
It also states that the number of attempts of the surrogacy procedure shall be prescribed.
Abortion:
The Surrogacy Bill is meant to curb the exploitation done by medical practitioners in regard to termination of pregnancy of a surrogate child. The abortion of such a pregnancy requires the consent of the surrogate mother as well as authorisation by the government authority, while also being compliant with the provisions of the Medical Termination of Pregnancy Act (MTPA), 1971. A child born out of the surrogacy procedure shall be deemed to be the biological child of the surrogacy seeking couple so that child should avail his/her rights as seen in normal cases.
Surrogacy Clinics:
All surrogacy clinics need to be registered by the appropriate authority in order to undertake surrogacy or its related services. It also prohibits sex selective surrogacy and the storage of embryo or gamete for the purpose of surrogacy.
National Surrogacy Board:

All restrictions will be enforced by local authorities, which will be appointed by State and Central Government, which will work along with National Surrogacy Board. The Surrogacy (Regulation) Bill also states that additional eligibility conditions may be issued by the National Surrogacy Board, through regulations. It is also mentioned that surrogacy may be allowed in cases of “any other conditions or disease”, other than those already mentioned.
Surrogacy with Close Relative:
The Surrogacy Bill does not define ‘close relative’, neither does it focus upon the degrees of relationship that would be considered ‘close’. It may be defined at later. The concern with this compulsion is similar to Niyoga, especially when we have patriarchal society. In some cases, the lack of consent may become extremely difficult to prove. It may also spark unwanted family disputes, from which the child also may suffer in future. It may go against the right to privacy under Article 21 of the Constitution of India. This may in-turn expose women to greater risk of hostile social environment, domestic violence, biased treatment, etc.
Embryos / Gametes bank:
The Surrogacy Bill places a complete ban over the storage of embryos and gametes. The ban, intends to curb illegal selling of the embryos and gametes. However, it will make surrogacy more expensive as the success rate for implantation of the gametes is very low, the frozen embryos could be used for the repeated procedure.
Punishment:
It prescribes a punishment of imprisonment for a maximum period of 10 years and a fine which may extend to 1 million rupees for violations of its provisions.
06 July, 2019
Sudesh Kumar
Email: ask@sudeshkumar.com